GoFundMe: My Explanation is Medical Reasoning 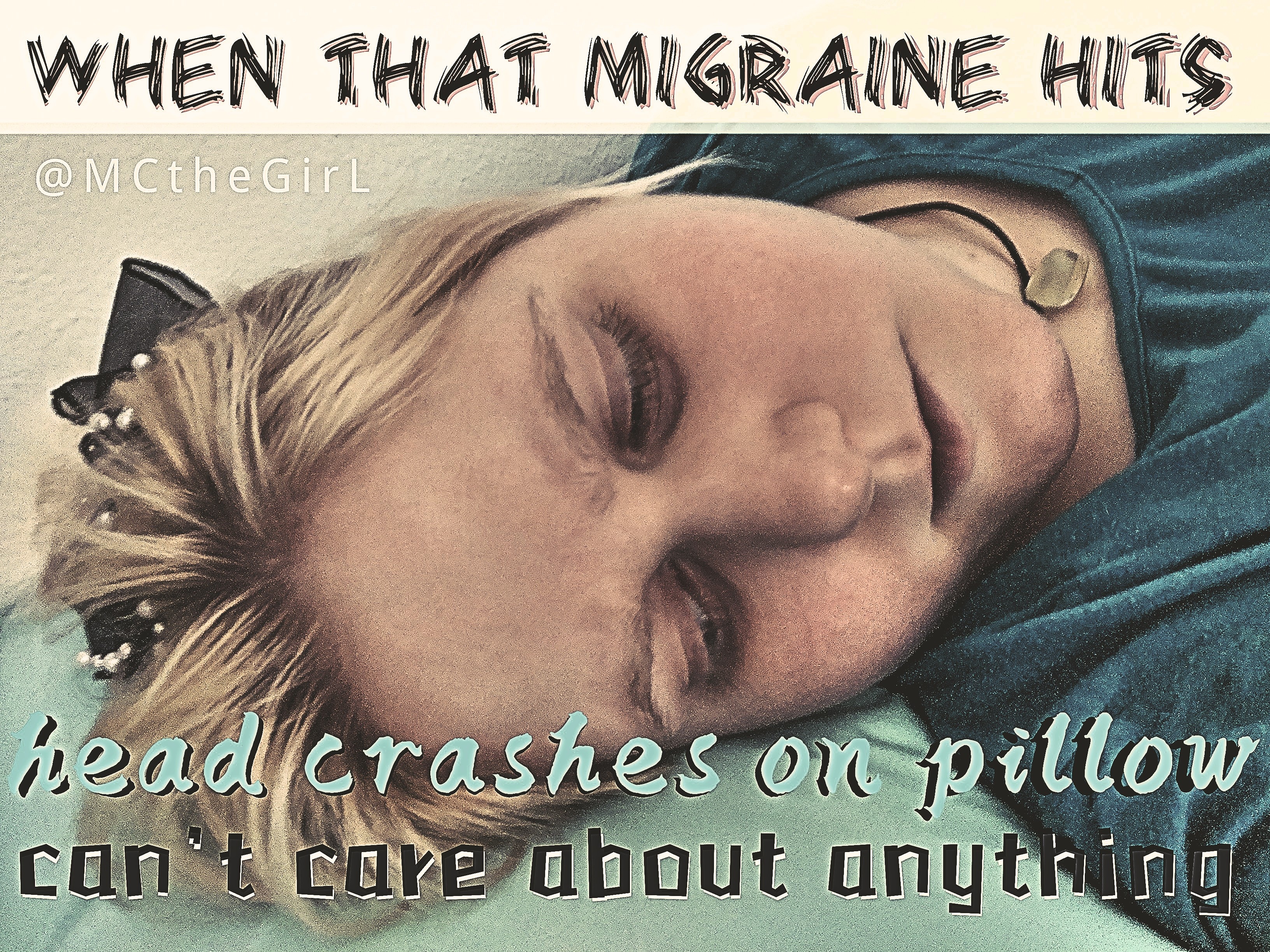 First of all, I don’t normally do this for a thing.

Second of all, this GoFundMe is personal.

Third, you probably don’t want to see photos of my scars so I will not add them to this post.

Forth, I will be using this money to get to my doctor’s appointments.

And lastly, here is the description of my personal GoFundMe situation… Along with the link.

My story is extremely long and complicated…
I have to be honest because I’m no good at telling lies other than saying that I’m fine but people usually know that’s a lie.

I am not looking for sympathy but I guess I need sympathy in order to get help in ways of getting to my doctor’s appointments since I do not drive and I have seizures so I could not drive even if I did have a car.  I don’t necessarily have money for Uber or Lyft to drive me a good 2 hours one way two an appointment and another 2 or 5 hours during traffic from an appointment.

I’m in a wheelchair mostly for safety cause I’m on a blood center & I tend to fall down often.

These are the things I’ve been officially diagnosed with in the past and confirmation of being Re-diagnosed with since my move to Cedar Park, Texas, in the Austin area.

I’m not going to bother mentioning the stuff that I was diagnosed with in California that has not yet then reconfirmed in Texas.

I have had multiple leg surgeries in the past. Currently, I’m in a wheelchair for safety reasons.

I do have Medicare, but the 20% is not something I can currently cover myself.  Since my mom died, I have no longer eligible for the secondary insurance which I used to have.  No longer having rides to my doctor’s appointment has made things even more stressful with this shortage of money.

Even if I did stop helping others and doing web design stuff online for free, that really wouldn’t help me with money an a long run or even for a short time simply because some migraines make it next to impossible to look at a computer screen from more than 30 minutes with the bad migraine headache and other times I can look at the screen and get stuff done but there’s no guarantee for how long and I can’t just jump on the computer whenever I want to because my body demands for me to lay down or if basically turns off where I end up passing out.

Basically due to my kindness of heart failure and other problems, I’ll never be able to have kids at least not by giving birth and a surrogate is completely out of the question because there is no way I am willing to bring a person into this world knowing that they have a 51 to 98% chance of having my genetic medical problems.  I’d rather adopt a kid who has a bunch of medical problems so at the very least they couldn’t blame me for being born.  My birth mom was run over by a car at the age 12, she was then raped and gave birth to me when she was 17 supposedly; also she did a bunch of drug use. Obviously, that’s why I was adopted within the first 2 months of being born. The mother who adopted me is now dead and her widow husband has moved to Iowa and is having heart surgery, same surgery that I will be needing in the future after turning 30 most likely.
…. Like I warned you above, my story is a long one.
I honestly don’t know how much money I need to raise other than just to get to my doctor’s appointments. Right now affording my medicine is more important but the co-pays are about three to maybe $12 per prescription but I’m on 14 different prescriptions at this time; I don’t think I necessarily need help with that since I’m working with other places such as Acril and bluebonnet trails.

Because of my failed leg surgeries, legs don’t work normally but my latest leg surgery did help, other than the infection that I got of course after the stitches were removed.  I got pneumonia since then and was hospitalized to the Cedar Park Hospital about three different times both times with the antibiotics failing and having to return.
Approximately the third or fourth time that I went back to the Cedar Park Hospital for the pneumonia which I was in hospitalized for, I apparently died for 10 minutes and woke up in the ICU main hospital of Austin Texas and I was told by the doctors that they had to put me into a medical induced coma for one week while I was on full life support, but it took me an extra week and a half after being off the medication for me to even wake up from the coma even after they had stopped the drug induced coma medications. Yes, I woke up with a feeding tube in my mouth. Yes, I still had a bunch of different machines hooked up to me. No, I didn’t know that was going to happen. No, I don’t want to talk about what I saw when I was dead because it was probably just all the medications through the IV that caused such hallucinations.

I am looking for friends in the Cedar Park area of Austin Texas because I haven’t really made friends here and I don’t really remember who my friends were before the whole coma thing…
Facebook.com/MCtheGirL
That’s how you can find me on Facebook and request friend ship, but only if you want.

The story continues and is much longer but I won’t bother everyone with the whole story because I’m not really looking for sympathy other than finding people with similar disabilities as myself to become friends with would be nice.
That’s pretty much what ChronicPets is all about.
If you have an emotional support pet then, I’m sure you’d understand why my emotional support pet is ButterCup, my guinea pig.

Some more information if you’re interested…
Surgeries I’ve had in the past would include •different things on the legs such as,
°bone transplant from my knee and my shin into my ankle.
°breaking the bone in my ankles to reset them.
°cutting and removing the attendant in my left foot.
°Wound care for infection of surgical sites.
•Gallbladder removal due to impacted gallstones.
•Medical device implant, heart defibrillator/pacemaker, but for now the pacemaker part is not turned on giving me a 31% chance of survival if my heart goes over 200 pulse and quivers with me being passed out for more than 10 minutes, if automatically defibrillate, such as electrocute me from the inside like when they say “clear” on medical TV shows.
•Removal of polyps in my GI tract, at least twice.
•Other Removals of internal benign tumors.
*other surgeries I’d rather not talk about.

Since my first leg surgery was back when I was about 12 years old, I haven’t been able to run, jump or skip without real medical consequences.  I guess you could say I missed out on a lot of my childhood simply by being in a wheelchair or not being able to finish the hike with the rest of my campfire girls group similar to Girl Scouts. I was in campfire girls since elementary school and I stuck with it till about the age 17 and then the campfire teacher quit basically because everyone else grew up and others just didn’t want to go to the meetings anymore.  I really miss campfire girls.

Even though, I was in pain most of the time, I really enjoyed the times I spent helping people with service dogs and learning how to train service dogs, etc.  On veterans Day we used to always write cards anonymously to multiple veterans in the hospitals and at nursing homes, we did the same on Valentine’s Day but not just for veterans though also children with cancer in the children’s hospital.  I miss doing all the arts and crafts as well even though I have the supplies to do them now, with these migraines I’ve been getting an arthritis in my hands, it’s not so simple to do and the pain pretty much takes out that enjoyment of most things in my life.  I understand that other people have things worse off, such as they don’t have any legs at all or have lost half of their torso but managed to be alive in a nursing home somehow.

*Respectfully I don’t know or fully comprehend how daily life must be for them and that’s why I don’t necessarily want nor care for a sympathy for myself.

I’ve always just wanted to be that normal person who would run up to people and offer them hugs when they look sad or go stick on latex-free Band-Aids on kids that have fallen down and scrape their knees, even back when I was 8 years old being only a kid myself at the time lol 😂 I’ve always just wanted to help people simply because I enjoy doing so but it comes to the point where I can’t help others if I can’t help myself sort of thing 😅 so I’m honestly really embarrassed to even be putting this online because I’ve never asked for money for myself from anyone really.

Sure I traded cookies as a Girl Scout for money so I could go to my yearly camping trip. Yeah, I’ve made necklaces and sold them for money giving 20% or more of profit to the coffee for kids Honduras program but there wasn’t much profit that I made because they always sold out and was unable to make more for the rest of the event due to the arthritis in my hands.

Yes, I’ve advertised for donations for other charities or for people to donate to the manatees or children’s hospital sort of stuff for my birthday but nothing for me directly other than saving up for a new computer when I had turned 17 years of age, but I only did that once and I only was asking family members who usually sent me birthday cards with checks or gifts in the mail anyways so it wasn’t such a huge deal.

… I’m not going to continue with explaining the whole situation and stuff because I’m honestly just not sure what more information is considered relevant, advice? Yeah, I don’t really know.

Money or no money you can definitely friend me on Facebook for sure.

Anyone who is willing to be friends and comprehend and respectfully understand: I can’t hang out all the time, sometimes (more-often) having to cancel hanging out due to a migraine or a fibromyalgia flare up.   ….You know, without totally cancelling friendship because of those things.
Facebook.com/MCtheGirL

I do in fact have a lot of scars on my body so if you don’t want to see them especially because you might pass out simply just tell me so, but if you want to see my scars and more than willing to show them just because I usually make fun of my own problems because that’s how I’ve learned how to deal with all this complicated stuff.
Oh joy 🙄 another Run-on sentence lol

Did anything I said above,
actually makes sense to anyone
other than myself 🧐 ???