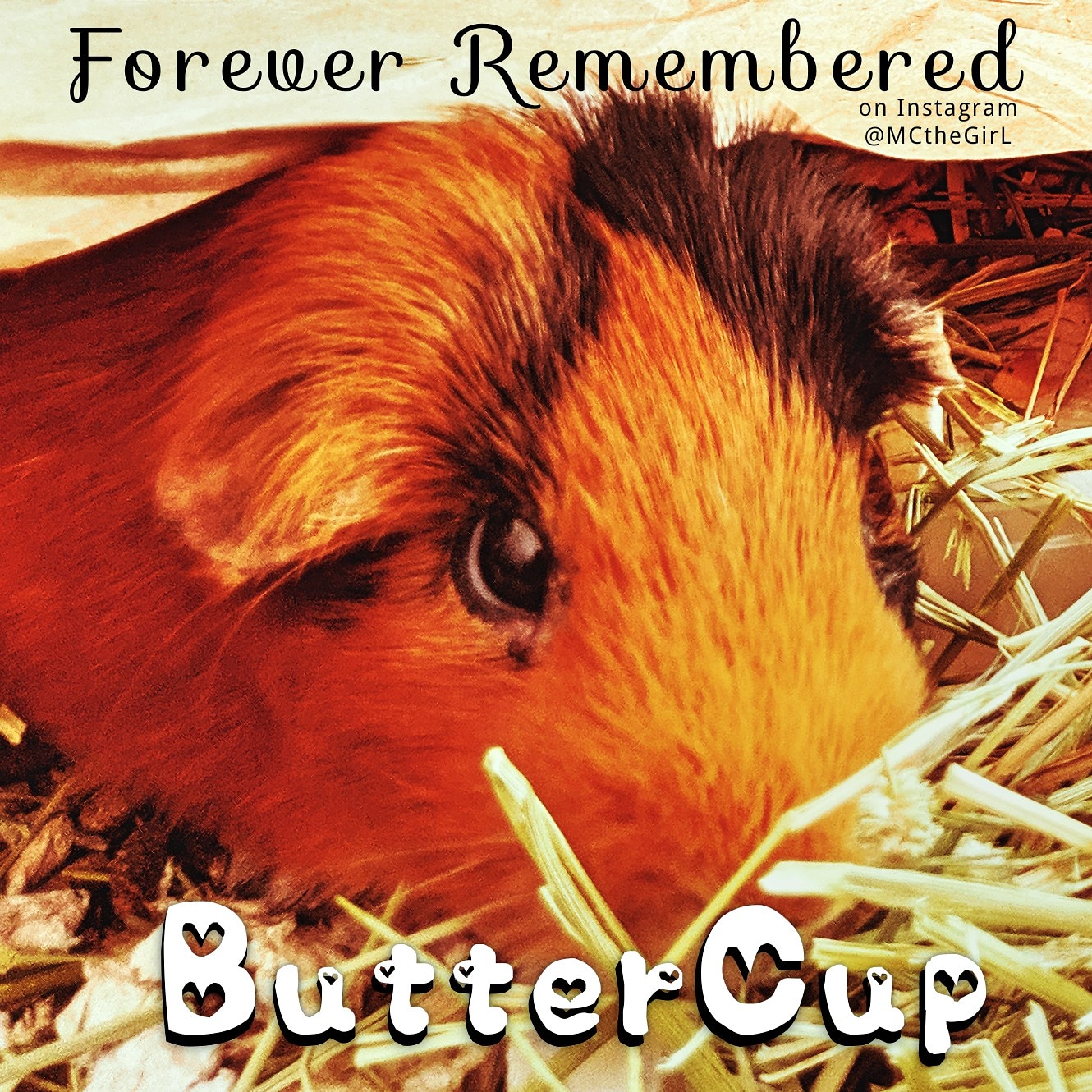 I regret to inform everyone about this so late but even as I am posting right now, I remember as to why it was so hard to make this post in the first place. It took me a few days to process mentally 😢 but I’m not sure how meaningless my apology might be perceived 🥺 it’s late, I know.

I want her to be remembered regardless of the tantrums she threw as a piggy for that was merely #guineapiggy 🐷 behavior and only remember the good times, please? She’s been #toocute 🥰

I miss her a whole bunch, but I still have my other two guinea pigs who need my love and attention. I know this won’t be a happy update but at the very least now you all know what has happened.

She was sick from old age with really bad arthritis and was suffering. Later one day the medicine simply stopped working for her pain and she refused to eat or drink water, it was obvious there was nothing anyone could do that she was choosing to go that very same night.

She almost lived to be 8 years old.
*If the place I got her from in California miscalculated her age like I believe they did because of how large she was when I got her, she was probably already 9 or maybe even 9 years old when she passed away. They said she was 3 months but she looked at the youngest 6 months old. -yeah, originally got her from Petco in San Diego, California So it’s possible she was inbred or something else- There were no obvious signs of anything wrong with her when I first took her home.

She lived a long life, most guinea pigs don’t make it to the age 10 years old, Lucky ones live past 6 years old, only properly well cared for guinea pigs +with lots of luck.make it past the age of 8 years old, sadly some pass before turning 3 years old.

I’m just glad I it did not get to the point of taking her to get put down and she chose to leave this world of her own free will.

*She stayed healthy for so long and played with her toy balls. She rang her jingle bells, chirped at the birds in the morning, was the boss of the other guinea pigs, She was kind to other guinea pigs of any age. 🌟She knew how to do multiple different tricks and even did them simply for entertainment, not for treats. ButterCup~